Freeman on the land lose in court

General Law Enforcement discussion which does not fit into other channels. Post your thoughts and feelings about anything you want (LE related), or just vent those fumes about whatever is on your chest.
Post Reply
48 posts

Freeman on the land lose in court

After 30 years and six children, Dennis Larry Meads split up with his wife two years ago. When the divorce went to court in Edmonton in June, Mr. Meads tried something the judge would call “bluntly idiotic.”

He argued that “man’s law” did not apply to him. He claimed the judge only had jurisdiction at sea, not on land. He said the Bank of Canada kept a secret account in his name.

The judge, John Rooke, had heard it all before. Across the country, courts and police had been dealing with Canadians like Mr. Meads who thought they could evade taxes, parking fines and spousal support payments by spouting lines from Freeman on the Land literature

It was wasting court time and earning money for a handful of people who made their livings selling books, CDs and tickets to seminars that promoted the notion that the law doesn’t apply to you if you don’t want it to.

The judge, who happened to be the Associate Chief Justice of the Court of Queen’s Bench, had heard enough. He decided to turn Mr. Meads’ divorce into an opportunity to set things straight.

This week, he released a scathing 185-page decision that not only dealt with Mr. Meads’ divorce, but also eviscerated the movement he represented. “These persons employ a collection of techniques and arguments promoted and sold by ‘gurus’ to disrupt court operations and to attempt to frustrate the legal rights of governments, corporations and individuals,” he wrote.

Referring to them collectively as Organized Pseudolegal Commercial Argument (OPCA) litigants, the judge decried their “legal and intellectual bankruptcy” and called their methods “scams” promoted by “con men.”

“The persons who advance these schemes, and particularly those who market and sell these concepts as commercial products, are parasites that must be stopped,” he wrote.

He also named a few of those “gurus,” notably Robert Menard of the Freemen on the Land. According to the World Freeman Society website, which promotes Mr. Menard’s ideas, Freemen have “revoked consent to be governed by human laws.”

In Ontario and Alberta, Freemen have been caught driving cars without licence plates and when they get pulled over, or are brought before a judge, they claim the courts have no jurisdiction over them.

Police are wary of the Freemen, believing they could pose a risk to officers. Recently, Freemen have been trying to form their own “corps of peace officers.” The judge called them “strongly anti-government” and said certain members believed they had the unrestricted right to bear arms.

“We have our own police force,” Mika Rasila, then a self-described Freeman, said in a 2010 interview. “But what we don’t have is the compliance of the government, so what they’re doing is they’re sending out their mercenary thugs and their criminal judges.” A letter he posted online warned that “there is in fact a war coming and we the people have had enough.”

The Freemen are a branch of a larger anti-government phenomenon that includes “sovereign citizens” and “detaxers,” and that seems to be attracting a growing following across Canada in hard economic times. While they have their idiosyncrasies, all use generally the same methods to frustrate the courts.

Their main technique has been termed “paper terrorism” — clogging the court system with a flurry of seemingly incoherent documents that use the jargon recommended by the movement’s “gurus.”

The gurus tell their customers and followers they do not have to pay tax or child support or obey traffic laws, that the government holds secret bank accounts they can access, and that they can turn a bill into a cheque.

“All this is a consequence of the fact gurus proclaim they know secret principles and law, hidden from the public, but binding on the state, courts, and individuals. And all these ‘secrets’ can be yours, for small payment to the guru. These claims are, of course, pseudolegal nonsense,” the judge wrote.

He called the gurus of the movement “legal alchemists. They promise gold, but their methods are principally intended to impress the gullible, or those who wish to use this drivel to abuse the court system.”

The ruling may signal a turning point for the anti-government movement. After dealing with such cases for more than a decade, the courts appear to have had enough and intend to crack down. Judge Rooke recommended “suitable penalties” for those responsible. The judge also had a message for those considering using the methods of the Freemen.

He said they have been proven invalid in law and anyone who tries them could get stuck paying court costs. He urged them to ask their gurus: If these schemes really work, why don’t those who advocate them try them out?

As for the gurus, he quoted Dante’s Inferno, which placed those who counsel evil in the eight circles of hell. “At some basic level, you understand that you are selling lies,” he told them, “or at the very most generous, wildly dubious concepts.”

The rather lengthy decision: Meads v. Meads, 2012 ABQB 571 (CanLII), <http://canlii.ca/t/fsvjq>
"The only thing necessary for the triumph of evil is for good men to do nothing."-Burke, Edmund

Interesting. Good on the Judge for speaking out.
I am a Master of three martial arts including ninjitsu, which means I can wear the special boots to climb walls. -Gecko45

Finally a judge with some balls. The entire movement is bunch of low life's. 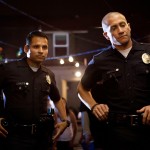 TPS11 wrote:Finally a judge with some balls. The entire movement is bunch of low life's.

Couldn't have said it better myself! I can't even fathom how people coul even think like this ( the freemen that is )
Aim low and you will succeed.

@ sourskittles - they find it easy because they don't want to pay taxes, child support, or be held accountable for anything.
I will NOT respond to PMs from those not belonging to the private side.

Plus the internet says this shit will work. I love the video of the kid crying after court telling his mother the internet said it would work.
OFFICER OF THE LAW

They are brainwashed to the point that they actually believe beyond a shadow of a doubt that they are right.

A "retarded" member of my extended family, with a smile on 'its' face, always says:
Dude, there is a reason why my name is written in capital letters.

... For the Grammar Police, get off my back, I wasn't born here.

Reminds me of a video I found of one of these idiots trying to have his way around a Court House, comes to a shocking ending for him,

Toonces wrote:@ sourskittles - they find it easy because they don't want to pay taxes, child support, or be held accountable for anything.

I don't WANT to, but that doesn't mean i purposefully try to lie cheat and steal my way out of it.

Heres a youtube link to the above video (easier to watch)

http://www.youtube.com/watch?v=bBBuTIO0_Ok
Aim low and you will succeed.

Okay, I clearly have no life if this is how I spent the last hour, on a Saturday night. Favourite quote so far from Rooke J:

This alone provides a basis for why the stereotypical foisted unilateral agreement cannot bind its recipient. An objective person knows that he or she cannot usually be held bound in contract by simple receipt of an offer. Many OPCA foisted unilateral agreements feature language that demands its recipient respond or rebut an obligation by a certain deadline. If not, then the agreement proclaims the recipient is bound by its terms. A moment’s consideration shows it is absurd that the law would respect that requirement. What if a document was received, but not read within the deadline? What if the document was received by an illiterate person, or one who did not understand the document’s meaning? Could they have a ‘meeting of the minds’? Of course not, no more than handing a document to a sheep and saying “By not repudiating this agreement, I may eat you.” establishes a mutual and common intent.

TPS11 wrote:Finally a judge with some balls. The entire movement is bunch of low life's.

Agreed. This ruling is great!
My opinions are my own and do not reflect my agency.

Not quite as interesting as the warranty that came with my dishwasher, but almost as long.

No. Not at all. Everyone I have ever arrested has their health card. They would never do that as it would be a disadvantage, and they are all about scamming the system to benefit themselves.
When things get bad, I take comfort in knowing they could always be worse.
When things get worse, I take comfort in knowing they can only get better.
Post Reply
48 posts