I did it for Wayner.

I hear it's pretty windy on the Garden City Skyway right now, how about you go for a ride on your bicycle?

and have every member of the OPP Niagara Detachment respond priority lights & sirens just because I want to take a couple of touristy photos of the Welland Canal....no thanks!

Me thinks it was last Summer... I was heading to Niagara Falls to pick up a seized vehicle, made the usual stop at the Tim's in the Casablanca Centre... As I approached the Garden City Skyway a few Cruisers go FLYING past me... All of a sudden traffic comes to a STOP! Some knob wanted to jump off the bridge, so the Police had traffic stopped! We must have been there for about an hour before they got traffic redirected the wrong way down the on ramp at the bottom of the bridge... Oh well, at least I had my Tim's (which apparently caused my delay), and it was a pretty nice day!

We now use tazers in Perth Western Australia, at the moment we are the only state in Australia that use them and they are great. Assaults on police have dropped 60%, the compliance alone if worth it's weight in gold because as soon as you draw it the offender's want none of it and know the consequences if they are hit with one. Being a non leathal force option that leave sno permanent injury with no after effects is another bonus. So the sooner you get them in Canada the better.
Andrew Hill
PD8686

Barkley wrote:I went on some auxiliary refresher training at K Division HQ in Edmonton last March. Our instructors told us that rural A/Cst. members have been trained and authorized to carry tasers in northern Alberta. We all got zapped and it hurt like hell.

Mr. Spaargaren stands six-foot-nine and weighs about 240 pounds. When he was a teenager, police arrested him for selling cocaine, morphine and marijuana and he served 10 months in the Springhill Institution. Since then, he’s been convicted of assault, possession of a weapon, uttering threats and lesser charges.

And he wonders why he was tased?

In a recent interview at Mr. Brunt’s office, Mr. Spaargaren said he thought he’d left his legal troubles behind.

I can't believe the police didn't know that!

The thing I love is when people are saying stuff like "It took 4 cops to handcuff me!" and "look at all the cops" I don't think people realize that being a PO does mean that you want to go toe to toe fighting people to see who is tougher! It's about arresting someone, firstly without getting your own noise broke or loosing any teeth and secondly injuring the person you are arresting as little as possible. He mentions batons at the end of the article, I'm sure a taser hurts A LOT, but I'm pretty sure 15 minutes after you got it it hurts a lot less them getting hit 10 times with a baton!! 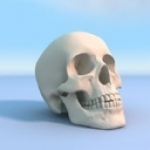 Andy Greenberg, Forbes.com wrote:
Sitting idle, the Taser Shockwave looks like a waist-high rack of square green teeth. But press a button, and those teeth--six electrified cartridges tethered by 25-foot wires--shoot out in a 20-degree arc. Inch-long probes emitting 50,000 volts of electricity pierce through clothing and skin. If a human being is in their path, his or her muscles immediately flex and lock involuntarily.

Use Shockwave defensively to create a perimeter around rioters, as police demonstrated in a training exercise on California's Treasure Island earlier this month, and a mob of unruly individuals can be corralled into a corner. Or fire the device into a crowd, and several targets go down in a temporarily paralyzed heap.
100 Forbes.com

Shockwave, set to be deployed sometime in 2009, is one of several powerful new "less-lethal" devices coming closer to being used in the real world, as opposed to just test situations. And it's not the only experimental toy soon to be sold by Phoenix-based Taser International. Other products being tested by the company include a taser shell that can be fired from any shotgun and a taser laminate film that can electrify the surface of a traditional riot shield.

From Taser's perspective, these science-fiction-like weapons are new and more effective ways to control dangerous situations without using deadly force. But in the eyes of the company's critics, Taser is expanding the scope of a controversial technology that has yet to be proven safe.

Taser's Extended-Range Electronic Projectile (XREP), for instance, is the first electrically incapacitating weapon that can be fired from a gun. Unlike Taser's older products, which shoot an electrically charged cartridge tethered by a 25-foot wire, the XREP is designed to be loaded into a normal firearm. After it's fired from the gun's barrel, small fins extend that cause the cartridge to spin like a rifle round and fly accurately up to 100 feet.

When the XREP shell hits someone, short probes pierce his or her skin or clothing. A metal barb attached by a wire falls out from the back of the capsule to create another point of contact on the target's body, unleashing an electrical current through the body's muscles and causing them to spasm. If the target grabs at the XREP round and touches the wire, it routes another jolt of current through the clutching hand.

Violent as the new devices may sound, Taser argues that the XREP and Shockwave both hold the promise of defusing a wider range of dangerous situations than ever before without resorting to lethal force or putting police in dangerous situations. "Police officers are paid to enforce the law, not to get hurt," says Taser spokesman Steve Tuttle. "Police need this. That's why we've survived the controversy around our products."

But Dalia Hashad, director of human rights for Amnesty International in the U.S., calls the weapons "something out of a bad video game." She argues that the Shockwave and XREP are unproven technologies that could be used indiscriminately.

Since U.S. police first began using tasers in 2000, 350 people have died in police custody after being stunned by the devices, according to Amnesty International's count. In 40 of those cases, tasers were listed by the coroner as a possible cause of death, Hashad says, and in many cases, the victim was elderly, under the influence of drugs or mentally ill.

Those kinds of victims are the most likely to suffer injuries from being stunned, she adds. And trying to discern when a taser should be used appropriately becomes complicated when a taser's range is extended or the Shockwave is fired at multiple targets. "There's no individual assessment," Hashad says. "We're asking police to consider whether someone they're about to 'tase' is an appropriate candidate given all the risks. How can they do that for six people at once?"

She adds that the XREP's default setting delivers a 20-second shock, compared with the five-second shock of a traditional taser. That kind of prolonged incapacitation, she argues, is typically the most likely to lead to injuries or deaths. "It raises very significant questions about how the length of the shock time affects the human body," she says.

Taser recently suffered a public-relations blow when a jury found the company partially liable for the death of 40-year-old Robert Heston, a Salinas, Calif., resident who suffered a heart attack and died after being tased three times. The company was ordered to pay $6.2 million to Heston's family. That case was the only lawsuit that Taser has lost of the 75 suits brought against the company, though others have been settled out of court.

Taser spokesman Tuttle flatly denies that anyone has ever died from being tased. Heston, he points out, was under the influence of methamphetamines, and the jury determined that Taser was only partially responsible for his death. Tuttle also argues that the coroner reports Amnesty International refers to only imply that a taser "wasn't ruled out" as a cause of death.

In fact, Tuttle says that the taser's electrical current is as painful as static shock from a door knob. "It doesn't hurt," says Tuttle, who's been tased himself several times. "Don't get me wrong, it's uncomfortable. It kind of feels like hitting your funny bone 18 times per second throughout your whole body."

And the question of whether devices like XREP and Shockwave will mean tasers are used less discriminately? "No one conducts a field interview before applying a taser," Tuttle says. "The situation must meet police-department requirements and use-of-force guidelines, or it's a civil rights violation. That's how it's always been deployed against suspects in dangerous situations."

Taser International, of course, isn't the only one developing new, controversial less-lethal weapons. The military's Joint Non-Lethal Weapons Program (JNLWP) is testing a variety of new ways to stun and incapacitate enemy combatants including "flash-bang" grenades that create noise and light to disorient targets, as well as a two-foot diameter laser that can temporarily blind a vehicle's driver at around 600 feet. The so-called Active Denial System, a heat ray that can make targets feel as if their skin is catching fire without actually inflicting damage, is also under development.

But even the military, which has used traditional tasers in the field since 2004, has doubts about Taser International's new toys. "We're doing a lot of testing to make sure they don't kill people," says John Keenan, the JNLWP's director of science and technology. "We have to understand the health effects associated with them. If we're calling something a non-lethal weapon, we have to make sure it's not lethal."

That's what I get for reading articles on the CTV website.

I'm putting my tinfoil hat on and going back to non-mainstream sites for all my news.

So what happens if the guy needs a second JOLT

"The only thing necessary for the triumph of evil is for good men to do nothing."-Burke, Edmund