For the record no offence was meant as to your status among mortals. However, in the name of good bi-lateral communication we will agree that you are no demi-god.

I could never tell you about Beretta's CS as I have never experienced a malfunction with my Beretta (M9) or any of the Beretta's I have used with other police agencies in Canada or else where. But that being said I have not experienced problems with Sig or S&W either that required CS. If Beretta has poor CS then they should expect to loose contracts. THE FACT is check out any "gun forum" and you will see tons of posts claiming that "x brand" has the worse CS in the biz and that you should dump them all into a river somewhere. My experience has only proven that out of every bunch of grapes you will find a rotten one or two but generally they still make fine wine.

With respect to the Beretta issue and the obvious quality control issue (i.e. wrong mags shipped) then someone needs to be beat within an inch of their life in a wet wool blanket ... and I would start with the amourer of the agency in question. Why didn't they inspect the shipment and identify the issue prior to delivery of the guns to the field? How long would it have taken to check seven pistols. Honestly. Next I would head back to the distributor and give them my nickles worth.

With change overs from one pistol to another my experience has shown me that politics are as much involved in the choice over the actual CS or quality control. In the smaller agencies (and the larger ones), one person can have a very big effect on what is chosen or not as the particular duty arm. In one case, I had a discussion with an person responsible for procurment of firearms in a medium size agency. They wanted to go from Beretta to a poly pistol. Notwithstanding any options or ideas being provided this person had most certainly made up their mind on what this force was moving to PRIOR to testing or review. In this case, they just happen to really like this particular pistol brand and went with it. I'm not saying they didn't make a good choice, just not that much was put into the process. (That might not be a bad concept however ... quick results)

I don't absolutly know why some forces have chosen to replace their pistol with another although let's face it PRICE is a very big factor. Glocks are relativly cheap (NOTE I said cheap not poor) firearms and have gripped the police market in a big way. They are very good pistols AND have a certain mystic about them (thanks to the FBI and Tommy Lee Jones!). I am a big fan of the Model 17 myself.

You and I definately agree on Sigs. Sigs rule but are very expensve relativly speaking. I personally have used gov't issues 226's, 229's and 228's. I own my own 226 (x 2) and did I mention I like Sigs? Sigs also have the popular media with movies and TV promently displaying Sig's and a huge ... no mega huge D of HD contract. That among all else will propel police to switch to Sig products. If the Secret Service likes them there must be a reason! Also, tell anyone you have a Sig 226 as your duty weapon you may get a "cool" reaction, but tell them you carry the pistol of the U.S. Navy SEALs or SAS and well now that is something.

You may have guessed but I also have the opportunity to use a Smith now and then. The 5946 and 3953 are both very good pistols and work everytime I pull the trigger. I can without a lie say that I have never had a FTF, FTE, or FT anything with a Smith. I am however not a fan of the pistol and I would not have ever gotten one personally. But I still feel it will do the job.

Truth is that the 92FS or M9 is a quality pistol that shoots very well. The slides do not fly off them and the locking blocks do not self destruct. They are not prone to jamming although sand in the mag (old style) will gum them up. However, limp wrist a Glock and see what happens! My point ... every pistol has it draw back, quirk or problem. You just have to know how to deal with it.

As far as Taurus, Ruger and Stoerger ... I agree that they would not be my first choices in a duty pistol although I think they would work. As a rec gun .... why not. I don't beleive they are as terrible as you would have people believe and that is my real point ...

That's all I have to say! 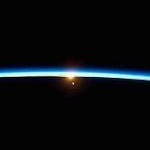 In your evaluation and comparison of guns to cars, where does the Walther P99 fit in? More than a few services in Qc use them as duty weapons (SPVM for example), and at the provincial college, that is what we trained with at the range. I hated them, and half of the time, I used to get a gun that would jam, double feed, the slide would not stay back when locked, etc....

The people that had never shot a pistol before all said that they like the Walther P99, that is until they tried shooting a Glock... lol.
POLICE OFFICER

Well, as long as you are asking my opinion ... and remember that the only person in the world who thinks I am a demi-god is perhaps the dog and maybe Morley ...

Walthers today are not the Walthers of old. The P99 seems to be a solid piece though, if somewhat clunky.

If the Glock is a Chevy:

then the P99 is a Pontiac Aztek: What were they thinking when they designed the Aztec!?!

It looks like the designer had the mold on the desk, someone knocked it off, and the back end hit the ground...

Buy yourself a Glock
Be professional and methodical. Take ownership of the situation. Look, listen and understand what is really being said and you will never have to walk away from an incident wondering if you missed something. Make every contact with the public count.

Are you sure that's a good idea for me?

I already have one

Wayne I wasn't talking to you but if you have your Restricted go ahead and buy yourself a Glock.I recommend them.
Be professional and methodical. Take ownership of the situation. Look, listen and understand what is really being said and you will never have to walk away from an incident wondering if you missed something. Make every contact with the public count. Outstanding!!!
Be professional and methodical. Take ownership of the situation. Look, listen and understand what is really being said and you will never have to walk away from an incident wondering if you missed something. Make every contact with the public count.

Already ordered a houge slip on grip, oversized mag release and a few books (and the glock armourers benchtop pad)

Excellent work!!!!!!!!!!!!!!
Be professional and methodical. Take ownership of the situation. Look, listen and understand what is really being said and you will never have to walk away from an incident wondering if you missed something. Make every contact with the public count.

I run a hogue on mine too
Be professional and methodical. Take ownership of the situation. Look, listen and understand what is really being said and you will never have to walk away from an incident wondering if you missed something. Make every contact with the public count.
Post Reply
29 posts