Stag Arms is a fantastic manufacturer. I've bought two rifles from them myself. My brother in law enforcement told me he would buy one if he wasn't required by his district to purchase a Colt. I keep my rifles clean and I have never seen a stag jam.

Jim Street wrote:Looking at getting one to hunt todays super animals, like the flying squirrel or electric eel?

They're also good for spelling out things, and ringing in the new year. 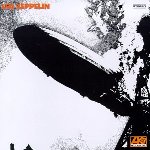 What kind of ammunition are you folks using? Just any .223 or the military grade stuff?
How many more times....

For general plinking n fun, any ar would work for me.
For the serious stuff, only DIEMACO/Colt Canada. That's a biased opinion though as it is all I've ever used in my military and police career. Based on handling commercial RRA, Armalites and especially bushmasters, the C-8 is a superior rifle in fit finish reliability ect. That's why foriegn militaries and even elite units such as the SAS have purchased the rifle.

However, the Colt LE6290, STAG, And LMT are excellent, and IMHO are would be my first choice if I could'nt have my C8A2.
I really want as colt but the price here in Canada is almost double what a Stag or LMT cost.
Guess i'll stay with the mini for now. A poor man's AR.
You may not be aware of it, but I'm kinda a big deal.
Post Reply
19 posts