A forum for those who wish to speak of fellow officers who have died on or off duty.
Post Reply
4 posts • Page 1 of 1

CBC News wrote:Tim Jones, North Shore Rescue team leader, has died
'I have only one aspiration after this and that is to pay back my wife for time lost:' Jones 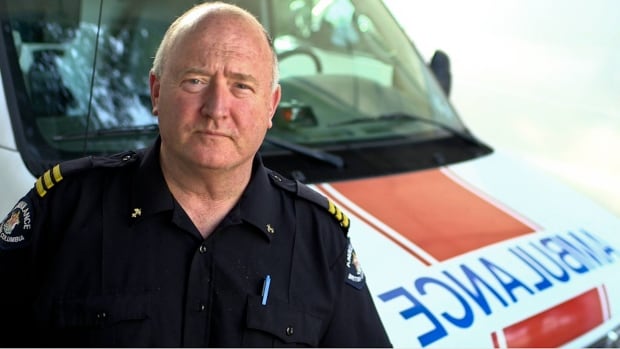 Tim Jones, the voice of B.C.'s North Shore Rescue, died Sunday night after collapsing on a trail while coming down from a rescue cabin on Mount Seymour.

"Seymour patrol, BCAS, RCMP, Fire and Lions Gate staff all put in a massive effort to save Tim but unfortunately he did not come through," a representative wrote on North Shore Rescue's Facebook page.

The 57-year-old worked as an advanced life support paramedic and as Paramedic in Charge for the B.C. Ambulance Service in North Vancouver.

He was also the leader and spokesman of North Shore Rescue, where he began volunteering in 1987. He was a tireless advocate for the team and had focused of late on ensuring search and rescue operations in B.C. have ongoing stable funding.

He was awarded the Order of British Columbia in 2011. Capilano University, in North Vancouver, bestowed him with an honorary doctorate in 2012.

On his LinkedIn profile, Jones wrote he had dedicated his life to becoming a helicopter rescue co-ordinator.

"This is serious business and we take this very seriously," he wrote. "Outside this, I have only one aspiration after this and that is to pay back my wife for time lost."

Jones's work and passion were recently featured in Dreamfilm's documentary "To The Rescue," which premiered on CBC's Doc Zone this past week.

Rest in Peace.
Great loss.
... For the Grammar Police, get off my back, I wasn't born here.

Great guy. Helped many people over his long career.

My condolences to Tim's family, his team at the North Shore Search and Rescue and to his co-workers with the BC Ambulance Service. So many people were saved because of the work he did. Rest in Peace.
"There are people that put their lives in harms way every day. It's not something they DO, it's something they ARE".
Post Reply
4 posts • Page 1 of 1