Discuss the educational and physical requirements, testing process and background phase involved in the hiring process. Includes the experiences and advice of current and past applicants. All agency application related questions belong here.
Post Reply
2926 posts

Hard work does pay off ! Congrats

gavins wrote:Got the best Christmas present ever this morning! Feb. 6th I start my training with CPS! I so ecstatic!

gavins wrote:Got the best Christmas present ever this morning! Feb. 6th I start my training with CPS! I so ecstatic!

Signed with WRPS last week and start tomorrow morning at 08:00.

See you in January @ OPC.

just looking for some feedback, since you guys have been hired and know what your application looks like.

im currently 20 years old and have another year left of college were i'm studying public and private investigations. after i'm done my program i would like to apply to the peel police and was just going to jot down some thing i could put on the application that apply to me, so maybe some of you can give me some feedback

Work experience:
factory work about 6-7 months total, during summers
agency work about 3-4 months randomly when i would get called in
tim hortons for about 8 months during highschool
STARTING: security at pearson international, so by the time i apply i should have about over 1 year there

volunteer experience:
over 1000 hours at my place of worship, giving out food, and cleaning dishes
i volunteered for a political leader(municipal), for his campaign, which was about 100 hours
APPLYING: going to look for another volunteer place to do about another 100 hours

-fluent in Punjabi, which is probably an advantage in peel with the growing population of punjabi's

-never been convicted of a criminal offence
-only have 1 speeding ticket which was 27 over, but will be going to court for that to get it dropped or obviously lowered.

Any feedback good or bad will be helpful,

Didn't you already post this somewhere else? You know, you have a whole 'nuther' year left of school so....I'd sit back and enjoy school. I'd re-think fighting your ticket since you DID get nabbed, it WAS your fault, and then just move on from there. Being accountable for yourself is important. Your driving record follows you wether you fight it and win, or just pay the thing ( where you would have the chance to explain yourself)

This is the wrong spot to post your questions by the way. The same folks will be reading this that read the other post.
kopparoo2b

And i almost got excited that someone else received a call. Darn it.
“My God. We've had cloning in the South for years. It's called cousins.”" 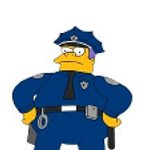 YAY!!! Congrats!!!
“Everybody is a genius. But if you judge a fish by its ability to climb a tree, it will live its whole life believing that it is stupid.”
-Albert Einstein

Just got the info today, hired by CP Police Service for a start date in April.

Great news buddy. I know you guys have been waiting forever for that call!
| Now on board with VanB's 5 step program |

After many years of hard work I can finally post here. Just heard yesterday that cp police has hired me