What do you folks think of this programme?

What do you think of this one? It seems a bit broad and unfocused, but I'm wondering if anyone is enrolled or teaches in it, or if any police officers could offer their two cents. 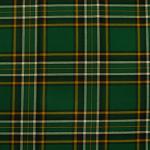 Jace wrote:What do you folks think of this programme?

What do you think of this one? It seems a bit broad and unfocused, but I'm wondering if anyone is enrolled or teaches in it, or if any police officers could offer their two cents.

Coming from a DC Grad (2004 PFP, 2005 PPI)I that PFP was too specific in that outside of law enforcement, it cannot be used for much else in terms of being competitive on the job hunt (especially in Durham Region). I didn't get hired when I applied to agencies in the past on account of life experience and found that there was not much else in Oshawa I was competitive enough to do. I was 21 at the time of my applications so the end result makes sense, and I was not surprised about it, but a little bit disheartened. I ended up going into the army after bouncing around at various call centres, security companies, and landscaping. All offered me SOME life experience in terms of spectrum of work and learned skills related to each job.

I have been reg force army now for 5 years, I have been to Afghanistan in 2010 for 7 months and I was in the reserves for 5 years before that. In all honesty I do not feel that I am any more competitive versus someone who has a college education completely unrelated to law enforcement. If I could backtrack to 2002 when I started college, I would have taken something completely unrelated to law enforcement. I always had an interest in house maintenance type things so electrician, or hvac would have been better for me.

However, the cadre of Profs there are very experienced and knowledgable. A majority are retired police officers, and when I was there we had some that were still active. There were instances where a couple of profs were involved in very high profile cases that were on the news that we can all google and reference from 2002-2005, as well as other notable investigations over the years.

After PFP I took a 1 year post grad program (PPI) which I thought would help me out more, but I do not think I will really benefit from that until the day that I am fortunate enough to be hired by an agency. In once case, the entire PPI program launched a complaint with the Dean of the Justice School citing the piss poor content delivery from one of our classes. The end result was that it was written off as if we never took it so that it would not negatively impact our marks, and the cost of that class was refunded. I don't want to say more on that as to discredit the prof in question or the name of the particular class.....but it was absolute junk, and this prof could not organize a pisser inside of a brewery if it were across the road from a toilet store.

I did hear through the grapevine that PFP was being revamped and renamed altogether, so I assume this ESF program is the end result.
Last edited by klink1983 on Mon Jun 18, 2012 11:59 am, edited 1 time in total.
There is no theory of evolution, just a list of creatures that Chuck Norris has allowed to live.....

Thanks for your thoughts, Klink1983.

Jace wrote:Thanks for your thoughts, Klink1983.

Are you a Prof creeping around on here to see what the talk on the street is about Durham College?
There is no theory of evolution, just a list of creatures that Chuck Norris has allowed to live.....

No. I was one at another college, though.

If I wanted to find out about Durham College, I could do it without "creeping around".

I was simply interested in what people thought about the content of this programme, how helpful they found it in their career path, etc.

I have no ill intentions, Klink, I swear.

Jace wrote:
I have no ill intentions, Klink, I swear.

Not that I can say much, just on account of a lack of badge in my wallet.....

The quality itself of the course, and the offered content was not bad and the cadre of profs compliments the course well. I am a firm believer that university degrees are not for everybody in that I have met a few people over the years who can barely tie their shoes but have $50K or more in framed papers. I really wish I took something in college I could apply more in day to day life.
There is no theory of evolution, just a list of creatures that Chuck Norris has allowed to live.....

Take business.
If you do not have access to the private side please do not contact me. I do not give employment advice other than what is publicly posted.

If you get a Doctorate in Mental Health then you wont need to carry one of those big scary guns the police carry.
(Now wheres the smiley for sarcasm

Return to “Education and Training”