Discussion, questions on police use of force procedures.
Post Reply
10 posts • Page 1 of 1 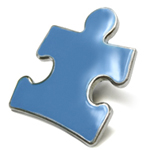 The Alberta Serious Incident Response (ASIRT) team -- an independent organization that investigates cases in which civilians are injured or killed by police -- concluded yesterday that its 11-month investigation found nothing to suggest the city police constable who shot 26-year-old Percy Davis committed a crime.

"ASIRT has concluded the actions of the police officer were justified."

On August 8, 2008, police were called to the mall with reports that a man with a large butcher knife was wandering outside.

An officer arrived on scene and attempted to subdue Davis, first by shouting, then with pepper spray, police said.

When that didn't work and Davis reportedly began heading towards the officer -- who wasn't armed with a stun gun -- the constable shot him in the neck and lower abdomen.

He was taken to the Royal Alexandra Hospital where he recovered, but lost the use of one lung and his right arm.

Davis's father, Glen Davis, said Percy and the officer who pulled the trigger had a history of run-ins and the officer had been trying to build a criminal case against him. Glen had launched a complaint with the police professional standards branch on his son's behalf in September 2007 stemming from past incidents.

"I didn't like him from the beginning, this officer that shot my son," Glen told Sun Media after the shooting.

The case was eventually dropped after Glen and the officer reached some kind of agreement.

Purvis said ASIRT took the allegations into consideration during their investigation.

"The investigation was aware of the allegation, investigated it thoroughly and I'm satisfied ... that allegation had no bearing on the actions of the police officer," he said.

At least 39 witnesses to the shooting were interviewed, along with several officers, contributing to the length of the investigation, he added.

The file was also forwarded to Crown counsel for review.

Police have charged Percy with assault with a weapon and assaulting an officer. He will appear in court in March 2010. Meanwhile, he has launched a $1-million lawsuit against police, claiming he suffered serious injuries, including the loss of a lung, loss of income and a permanent deterioration of his quality of life.

"those 7 years of McGyver finally paid off!" ~ Chuck

since it was a clean shoot i hope that the trial judge throws out the civil suit and forces him to pay court fees. Really if someone comes at me with a knife, crowbar, 2 by 4 or any other weapon with intent to cause harm there is only one use of force option.

It could be a dirty Spork and I will react with positive impact.

"those 7 years of McGyver finally paid off!" ~ Chuck

canadianmp wrote:When that didn't work and Davis reportedly began heading towards the officer -- who wasn't armed with a stun gun -- the constable shot him in the neck and lower abdomen.

Personally, stun gun or not, I'd be going with lethal force, especially after I've exhausted less lethal forms of intervention and the suspect is charging towards me with a cleaver. Honest from the information presented in the news article it sounded like a textbook case of the use of the IMIM (UoF tools).
"The only thing necessary for the triumph of evil is for good men to do nothing."-Burke, Edmund

Im glad to hear that the EPS member was cleared... as sad as it is, realistically I think we all saw this lawsuit coming a mile away, regardless of whether the subject died or not.

I cant say as I would have done any different, TASER or not

. A knife weilding subject is one of the textbook examples of GBH/Death subject catagory. If this jackass wants someone to blame; maybe he should hold himself accountable for acting the way he did... OH WAIT... that would ask way to much... The public... hold themselves accountable... for THEIR OWN actions.... NO

Fortunately it sounds like there are 39 witnesses plus numerous officers that can confirm what occured... so hopefully the only thing that comes out of this is a recommendation for widespread issuance of "stun guns" to EPS members...

If an eye for an eye leave the whole world blind, why the **** are gun toting gangbangers still hitting things?!!

Issuing Tasers is not the answer. Especially as numerous inquiries into police involved shootings recommended them, and now subsequent inquiries are calling for their restriction.

In my opinion, the Taser is viewed far too often as the weapon that should be used for edged weapon attacks. It's not. It should not even be considered.
Opinions posted are my own sole opinion not reflective of any views/thoughts of agency. Answers may or may not be truthful, As if you couldn't tell.

BC now wants to increase the level at which tasers are deployed because it is viewed as a lethal weapon much the same as a firearm. At some point some court will determin a police officer should have opted for the taser over the firearm which could see an officer convicted of manslaughter all because of preception and lack of understanding on use of force. Obviously police adopted these weapons to reduce injury and save lives. But the public doesn't see it that way. I think given non public support over tasers, all Canadian police forces should remove them from service perminently. end of story, problems solved. Are there any provincial laws that require police to have tasers? I don't believe there is in Ontario. Seems that the taser is a HUGE liability to the officers carrying them.

Jim Street wrote:Issuing Tasers is not the answer. Especially as numerous inquiries into police involved shootings recommended them, and now subsequent inquiries are calling for their restriction.
In my opinion, the Taser is viewed far too often as the weapon that should be used for edged weapon attacks. It's not. It should not even be considered.

I think you're right on here Jim. I believe that's why I recall (although I could be wrong) that TPS has requires that when a taser is used someone also be ready with lethal force (gun) in case the taser fails.