Discussion, questions on police use of force procedures.
Post Reply
2 posts • Page 1 of 1

Controversy has swirled around Taser use by police in this country since the death of Robert Dziekanski at Vancouver airport last October.

But a couple of incidents in Calgary recently show the life-saving potential of the weapons, which unleash 50,000 volts of electricity -- usually enough to immobilize violent offenders and allow police to place them in custody

On Thursday evening, police went to a southwest Calgary apartment after a man called 911, saying he had killed his wife.

They were greeted by a man covered with blood and carrying a large knife.

The officers didn't have the option of walking away. They had to locate the woman and try to save her life while the man threatened them and refused demands to drop the knife.

After an unsuccessful attempt to deploy a Taser, police were forced to shoot the man after his aggressive behaviour escalated. He later died.

Compare this with another incident the same night, when police were called to a northeast home where a man was threatening a woman with a meat cleaver.

The man used the woman as a shield and then urged police to end his life.

Fortunately, Sgt. Mike Lomore was able to use a Taser on the man and "it was over instantly," he said.

The two incidents couldn't offer a better illustration of the usefulness of the Taser in protecting police forced to put their safety on the line. Not to mention innocent citizens whose lives are in danger.

Amazingly, the latest critic of this important police tool is none other than former RCMP boss Giuliano Zaccardelli,

"I'm not sure that having Tasers is worth the negative impact that it has on police forces in terms of public perception," he said. Zac wants a moratorium on Tasers "for several years, so we can see the difference."

Certainly, some controversial deaths in other cities and use of the weapon on suspects who are already restrained shows these forces need to revamp their Taser training -- and get tough with officers who use the weapon improperly.

That doesn't appear to be the case in Calgary, where both public safety and public perception have been impacted in a positive way by judicious use of this invaluable and often life-saving tool.

link
'You sleep well in your bed at night only because a few rough men are willing to do violent things on your behalf"
George Orwell.

"Some times upholding the law is messy, but you get by, one day at a time"
Eric Cartman 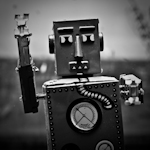 That was refreshing.. and about my how town too. Smashing.
Post Reply
2 posts • Page 1 of 1