General Law Enforcement discussion which does not fit into other channels. Post your thoughts and feelings about anything you want (LE related), or just vent those fumes about whatever is on your chest.
Post Reply
494 posts

Mr. Islander wrote:Lmao. I think this is better than the FEDSEC thread(s).

- Why knee pads? I literally can't think of one reason why you need knee pads on, especially when you don't have any firearms so wouldn't be shooting in a kneeling position.
- I didn't know drop leg radio holsters existed until now.
- Pocket knife on the vest? Excellent weapon of opportunity and an excellent way to get stabbed and bleed out.
- That $500< iPhone is gunna shatter the first time you go hands on with anyone.
- Not even gunna comment on the Thin Blue Line flag... These guys have more crap hanging off their bodies than I do as a cop.

- Two videos where they clearly fail to stop and fail to signal. Pretty sure you're not exempt from traffic laws. Someone working in their area, please don't hesitate to issue a traffic ticket if you see this idiocy. What's probably going to happen, is a civilian will see this behavior and assume it's the local police agency, and they will start getting complaints.
- Why drive wannabe unmarked units? Why not drive clearly marked "SECURITY" vehicles?

Honestly, these guys are starting to tread into the impersonation of police officer territory.

Pete Broccolo wrote:Frank-ly, I believe that they have partaken of the master's electrolyte fluids.

Either that, or they have watched WAY too many episodes, and movies, of TMNT.

Thus, my prior post...since you failed to credit me, you horrible person you!

Humour and sarcasm are my default options. Except on Tuesdays.

Anybody could make a cheque and do that, then rip it up ! Lol I’m going to google that name

Anybody could make a cheque and do that, then rip it up ! Lol I’m going to google that name

What kind of idiot writes a cheque to HIMSELF and then posts a photo of it? Did he actually believe anyone would be fooled?

Or maybe that was his commission cheque from doing "security" at that wedding? Can you imagine the look of horror that must have been on the bride's and parents' faces when these idiots showed up at the wedding fully decked out in low-rent body armor, airsoft kneepads and drop-leg tactical radio holders? What a way to throw a damper on a celebration. If I was a guest or family member, I would be MORTIFIED.

I notice that after me chirping them about have D/Cst contact info and surveillance pics of police in their IG, they've removed them.
"Don't let someone get comfortable disrespecting you."

I am just waiting for him to call all of US "fat and stupid" or "keyboard warriors."

Besides, I can never figure out if I am fat and Pete is stupid, or the other way round. Pete is svelte and looks good in a wetsuit, so he can't be fat. But my wife bought me the t-shirt that says, "I'm with stupid" with the arrow pointing straight up (must have been a misprint) so maybe Pete is the keyboard warrior and I am just his wise-cracking and loveable sidekick.

I would assume he has more then 20 employees. 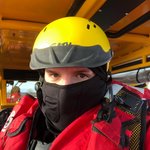 I'm almost pondering joining Instagram to post one thing and one thing only:
"Did you just write a cheque to yourself?"
His linkedin says that he graduated highschool in 2009 then 3 years ago was the founder of ETFS.. The office probably stinks of marijuana and axe body spray.

I really hope you Toronto Police Constables pull this guy over and watch (and record) his mental breakdown, tears, and non stop apologies. This type of behavior by people drive me up the wall.
Guy talks the talk but doesn't walk the walk...... unless there's several other people backing him up. Pathetic.

Sorry to post this stuff but it really does upset me.
Royal Canadian Marine Search & Rescue
SAR Member

I can't get enough of these guys!

The baton draw when he "interacting" with an individual who is experiencing a mental health crisis kills me!!

"Everything is going to be on, get back get down!!"

Or when he posted an arrest video and tells buddy that he is going to hurt him! WOW lol

Or when he comes ripping in the underground garage because apparently he is in pursuit of LLA violators! Never knew when I was a Security Guard I had the ability to enforce that! Pretty sure the guys he was chasing were all charing gucci and louis vuitton satchels....

I actually enjoy their instagram page, I find happiness when having a bad day. Come to think of it, I may have some what taken a liking to ETFSEC!

I really hope I run into them on the road so I can just shake his hand and hopefully warn his employees the potential danger and civil/criminal litigation coming their way! Poor kids who want to be coppers see this and think its the right avenue to take! unfortunately not! Hopefully someone in forms them sooner then later!

I did see one of their company stickers on Church St. Still haven't found what building they are at!

Am I mistaken to believe that Ontario has the toughest laws regarding security agencies? I know in Alberta they are weak with meager fines. Hammer these guys!

Add in the stupidity of wearing a thigh rig, to make it appear as if they are armed, is putting themselves at risk for getting shot. Gang bangers don't give a damn you have a patch that says "firearms instructor".... they aren't scared of armed police, let alone a wannabe who will never be.

They gave us the option of a thigh rig for our hand held Fare Inspection units. I didn’t like it at all. It got in the way too much. It just sits collecting dust in my locker now, which is where their thigh rig radio holders should be. I just keep the Fare Inspection Unit in my cargo pocket along with my ticket book.
My opinions are my own and do not reflect my agency.
Post Reply
494 posts