Freeman of the Land

General Law Enforcement discussion which does not fit into other channels. Post your thoughts and feelings about anything you want (LE related), or just vent those fumes about whatever is on your chest.
Post Reply
120 posts

Freeman of the Land

These guys were mentioned on the forum in 2010, but if you havent heard about them, CBC did a nice piece about their growing movement.

Excellent post - I heard grumbling about these people... always wondered - thanks again for posting.

Not going to watch a video while at work, but man do I hate dealing with those guys in court.
No longer with PPSC, but still 100% Crown Prosecutor.

I had a several-hour online conversation with one of these guys once... Absolutely 100% batshit crazy talk. 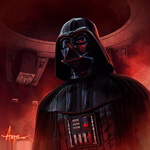 GoodWitness wrote:I had a several-hour online conversation with one of these guys once... Absolutely 100% batshit crazy talk.

Some of the comments under the video above make me believe that also!!

Ya Canada has these too...take a look at this appeal from a deportation order...
Shakes v. Canada (Public Safety and Emergency Preparedness), 2011 CanLII 60494 (IRB), <http://canlii.ca/t/fn8hw>

[33] Regardless, his various documents are of no relevance to this matter. The so called “Moorish Nation” and any claims to its inherent jurisdiction or the lack thereof of the IRB to deal with the appellant are of no force or effect. The legal basis for the appellant’s claims is legal gibberish. While the panel is secure in its jurisdiction, it notes that the IAD’s jurisdiction traces directly from a far better and intelligible pedigree, starting with the Immigration and Refugee Protection Act, 2002, an Act of Parliament duly elected and as provided for in the Constitution Act of 1982, and its predecessor documents including, but not limited to the British North America Act, 1867, the Act of Union, 1840 etc. tracing presumably to Magna Carta, 1215, if not before. The IAD has not lost its jurisdiction just because the appellant says it has on the basis of some claimed lack of constitutionality arising from his self-professed adherence/allegiance to the “Moorish Nation” to which he claims to belong. In short, while the appellant might believe that he is above the continuing jurisdiction of the IAD, he is not, and no doubt, as a consequence of his defiance and non-compliance, bad things are happening or have happened in his life. Therefore, until told otherwise by Parliament or the Courts, the IAD has continuing jurisdiction over foreign nationals and permanent residents of Canada and when such persons commit criminal acts, such that they are described by Section 36(1)(a), as is the appellant in the present matter, the IAD has the continuing jurisdiction to determine the appellant’s fate until such time that it does not. The panel is aware that its reasoning will likely fall on the deaf ears of the appellant. Be that as it may, this is the law as it is known in Canada.

[34] Furthermore, while the appellant may believe he has changed his name on the basis of some claimed “common law” right made on his own application, for the IAD’s purposes he has not, and regardless, for the purpose of his appeal, the appellant is “Kiba Shakes.” When his name was called in open court on June 10, 2010, the appellant, whether out of a political act or defiance, may have chosen not to respond to his legal name; however he did so at his own peril.

[35] Similarly, the appellant may have chosen to disregard the June 15, 2010 Notice to Appear at the August 13, 2010 Show Cause conference, when the IAD used his legal name; however he did so at his own peril. Finally, the appellant, out of an act of defiance or to make a political statement may have chosen not to attend the Show Cause conference; but he did so at his own peril. It is true that the appellant was not heard in June 2010 or in August 2010, but he was not heard because of his own hubris, evidenced by active non-compliance with the request that he identify himself, and then because he chose not to attend. Counsel has, in his submissions, continuously maintained that the appellant acted wilfully in defying the IAD.

[36] Turning to whether there are grounds for the IAD to re-open this appeal, the panel finds that there are none. The IAD has continuously and successfully communicated with the appellant at 34 Shier Drive in Scarborough. It is not alleged nor is there any evidence that the appellant has failed to receive the IAD’s various letters and Notices at this address. Indeed, the fact that the appellant attended at the IAD in the person of Kiba Shakes, as confirmed by the Police, on June 10, 2010 and states, in the person of “El Afif Hassan Hetep-Bey” his assumed identity, that he was in receipt of this Notice, is confirmative of the fact that the IAD successfully communicated with him. The requirements of procedural fairness were met in that adequate notice was given. All that was required of the appellant was to attend as required – he did not. This cannot be laid at the IAD’s feet. The IAD did nothing wrong of a procedural nature nor did it breach natural justice.
...
[44] History is replete with examples, both heroic and otherwise, of the consequences of hubris. The near defeat of the Greek army before the great walls of Troy for example, when Achilles refused to come out of his tent because his pride had been injured by Agamemnon, over the frivolous issue of a concubine, comes to mind. While this matter does not rise to the level of the fate of Troy, nonetheless, it does assume some degree of the tragic in the Aristotelian sense of the word where the hero's misfortune is brought about not "by vice and depravity but by some error of judgment" (reference the Poetics). If the appellant was of the opinion that as a member of the “Moorish Nation” he was like Achilles, somehow immortal to the effects of his own actions, he is wrong. To the extent that the appellant has chosen to act out of hubris in defiance of the jurisdiction of the IAD, and to ignore the possible consequences of his own actions, voluntarily taken, especially in consideration of his status as a permanent resident, his common-law relationship and his two year old son, he is a fool – albeit a tragic one.

[45] The application is denied.

"The only thing necessary for the triumph of evil is for good men to do nothing."-Burke, Edmund

I had a run in with one of theses guys I can't wait for the court date.

Transitpopo wrote:I had a run in with one of theses guys I can't wait for the court date.

And I know how painful dealing with them on the street is.

I watched the video. Only thing is how it seemed to imply this was something new - I first dealt with these yahoos at least 10 years ago, and they were hardly new at the time.
No longer with PPSC, but still 100% Crown Prosecutor.

It seems to me that they all use a standard, albeit twisted and warped, set of legal jargon to justify their rhetoric.

Why not fight fire with fire. Draw up an explanation why their spew is so out to lunch and hand it to them as soon as they start spouting off.

Officer - "Here, read this. Then I'm going to impound your unlicensed vehicle and arrest you for failure to identify. If you have any questions, read it again"
Not the Red One!!! Don't EVER push the Red One!!!

I love how they avoid paying taxes, yet still "travel" on roads paid for and maintained from tax revenue.

Bet they're also fast to whip out their OHIP card during hospital visits.
| Now on board with VanB's 5 step program |

They're a bunch of rednecks who don't want to pay to register their shitbox Dodge Neons or pay their loan payments. You can be sure they avail themselves of the healthcare services and welfare cheques ponied up by the governments they claim not to recognize.

Freeloaders on the Lam is what they should call themselves. Stupid assholes.
He who allows oppression, shares the crime.
26 + 6 = 1

I believe this entire movement was begun by, and consists primarily of divorced fathers that cannot sustain their child support payments. They refute all government authority because they have, for one reason or another, been absolutely traumatized by its ability to coerce them to meet obligations they aren't able to. From my understanding, their disdain for the rule of law stems from their disillusionment with what the government can force them to do against their will and means. Essentially, they're broke and don't feel they owe their children financial support.
"One more thing..."

I like the "what is your date of birth sir?"
"I can't testify to that because I wasn't present at the event."

I saw one of these guys in court for a first appearance awhile back. He was appearing as agent for himself. The clerk asked his name for the record and he gave the same name as the docket accused. The judge didn't appreciate the games and did a good job of putting him in his place. Luckily, this guy was a push over and a dumb ass. I'm sure some of the more stubborn and articulate detaxers could've been more of a hassle.
"C'mon Steve. We've got diem to carpe."
Flintlock Wood
Post Reply
120 posts

Users browsing this forum: No registered users and 2 guests