General Law Enforcement discussion which does not fit into other channels. Post your thoughts and feelings about anything you want (LE related), or just vent those fumes about whatever is on your chest.
Post Reply
26 posts

That's what I was thinking. Chasing a Pontiac Wave in a Porsche.

I bet they had time to stop at the stop signs and then rocket off after him.

No kidding... thats what... MAYBE a 2.0L 4 cyl..... somehow I dont see alot of power comming from under that hood...
"Courage is fear holding on a minute longer." - General George S. Patton

That porsche would have been on his ass a quarter throttle the whole way.
| Now on board with VanB's 5 step program |

This armchair shit pisses me off.

Good job. Tack one up to the good guys......now where's MY fucking Porsche?
CAN'T PEOPLE FORM A COMPLAINT AGAINST YOU FOR BEING UNPROFESSIONAL?
-BarneyEvans

Policing is a lot like pissing into a dark black pair of pants. You get that nice warm feeling but almost noone notices. 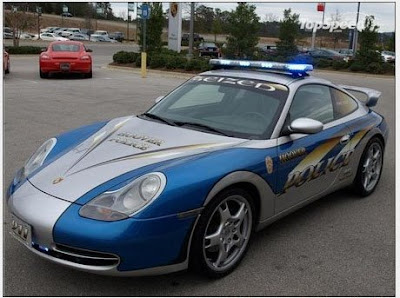 This would have been a little more appropriate for the situation.......that said....it's nice to see a Sh*t head get pinched for his crimes.

Well, I think there's no question that it was an unwise decision made with the noblest of intentions, and thank God that nobody was hurt. I'm very happy that that degenerate puke is behind bars where he belongs though.

This reminds me of a story from a guy I used to work K9 security with. He was driving home from work one day and a drunk driver in a big pickup nearly rammed him head on, sideswiped another car almost off the road and took off at high speed. He pulled a quick U-turn and tore off after him (amber lights and wig-wags flashing) in his black, decalled-up Ford Focus (seriously) he chased the shit head down the highway, then up a dirt side road where the truck lost control and ditched itself. He grabbed a pistol-gripped flashlight he kept in the console, popped his back doors and put his dog into a down by the car, turning on the light and pointing it at the guy's door. The guy got out, and I believe my colleague's words were something to the effect of, "Get the fuck down on your face, and if you make one wrong move I'm sending my dog on your ass!" (our dogs were fully police-trained patrol dogs) The guy did as he was told, and when the RCMP showed up, they gave my friend a pat on the back and told him good job. They ended up charging the bad guy with a bunch of stuff including impaired driving, leaving the scene of an accident and rather amusingly, initiating a police pursuit. Apparently the constable was writing up his charges and looked over at the sgt. saying something like "Hey sarge, can we charge him with running from the police?" to which the Sgt. replied something like (looking at the security ford) "Looks like a police car to me, go for it."

This happened quite some time ago, so the exact wordings are fuzzy in my memory, but that's pretty much the jist of the story. Names have been omitted to protect the parties involved...

"Bad men need nothing more to compass their ends, than that good men should look on and do nothing." -John Stuart Mill 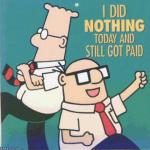 Should have stopped when she got in the car.

My opinion, f****** stupid ass decision. What a couple of tards.

She was a hair from becoming a victim twice...only at that speed she would have been a DEAD victim. Personal car chasing some scumbag for an alleged crime...it was alleged right and we know from experience all that glistens isn't gold! A friggin crash at those speeds in your own personal car under those circumstances...holy shit, it would have been a bloodbath.

If you lived you'd never own anything ever again because of the friggin multi million dollar civil actions against your ass, which would be ok because of your lifetime ban from driving because of your CONVICTION of Crim Neg Cause Death. Not to mention that your insurance company, under those circumstances, would have walked on you....man oh man.

Yep how noble of them...

mcdonaja wrote:Should have stopped when she got in the car.

My opinion, f****** stupid ass decision. What a couple of tards.

Credit for the noble gesture has to be given. There are few and far between willing to get involved anymore.

Also, credit for not getting innocents killed has to be given but by the same token, it would have been much wiser to follow from a FAR distance and record as much information and detail and relay it to police or not to follow at all but give the information.

Glad to hear that everything worked out - no injuries, no deaths, the right guy is on the right side of the iron bars.

I think we can all monday morning quarterback the situation - some of us being trained and others not - and say what SHOULD have been done. At least THEY did something.

"All it takes for evil men to succeed is for good men to do nothing"
Wake up, gear up, work, go home, eat, sleep, repeat.

They "did" do something noble when they stopped and got her in the car to safety....everything after that was just plain stupid.

I suppose I am wording what I am feeling a little bit wrong - the commonsense part I agree with but how many people have you seen do ridiculous things once the adrenaline starts going?

Im just saying that I dont agree with what they did but as ordinary citizens who didn't have to do jacksquat, they did good - and I agree that the pursuit was not of the smartest choices

MichaelJCaboose wrote:I suppose I am wording what I am feeling a little bit wrong - the commonsense part I agree with but how many people have you seen do ridiculous things once the adrenaline starts going?

Im just saying that I dont agree with what they did but as ordinary citizens who didn't have to do jacksquat, they did good - and I agree that the pursuit was not of the smartest choices

I can see your point...and because it turned out o.k., its easier to say that. You're right about people getting involved these days....lots wouldn't.

I'm reminded of a case earlier this year in Atlanta where a young women helped a Police officer being attacked, while bystanders just stood by and watched. In the U.S. tasers are allowed to be carried by civilians: